The early grades were alloys of chromium, nickel and molybdenum. Thermodynamically, because the austenite is forming from the ferrite, it is impossible for the alloy to go past the equilibrium level of austenite.
Lean Duplex Stainless Steels have many end uses in oil and gas due to their high strength and good corrosion properties. They have been used for subsea applications including flexible flowlines, umbilical tubing, subsea manifolds, water injection lines and downhole chemical injection tubing.

Duplex stainless steels (DSSs), meaning those with a mixed microstructure of approximately equal proportions of austenite and ferrite, have existed for more than 80 years [1]. The early grades were alloys of chromium, nickel and molybdenum.

Thermodynamically, because the austenite is formed from the ferrite, it is impossible for the alloy to go past the equilibrium level of austenite. The main problem with Duplex is that it very easily forms brittle intermetalic phases, such as Sigma, Chi, R and Alpha Prime. Prolonged heating in the range 350°C to 550°C can cause 475°C temper embrittlement.

The first wrought duplex stainless steels were produced in Sweden in 1930 and were used in the sulfite paper industry. These grades were developed to reduce the intergranular corrosion problems in the early high-carbon austenitic stainless steels. Duplex castings were produced in Finland in 1930, and a patent was granted in France in 1936 for the forerunner of what would eventually be known as Uranus 50. It became obvious that a balance of ferrite and austenite had better resistance to chloride stress-corrosion cracking than a fully austenitic microstructure.

Engineers have exploited this advantages of duplex over austenitic steels ever since. In France, the UR 50 grade with 20-35% ferrite (UNS S32404) was marketed in various product forms, including forging, for such industries as oil refinement, food processing, pulp and paper, and pharmaceutical.

First, there was a nickel shortage that pushed up the price of austenitic steels, in combination with increased activity in the offshore oil industry which demanded a stainless steel material to handle aggressive environments. Second, steel production techniques improved dramatically with the introduction of the vacuum and argon oxygen decarburization (VOD and AOD) practices. These techniques made it possible to produce much cleaner steels with a very low carbon level and well controlled nitrogen content.

In the 70’s, the introduction of continuous casting in stainless steel production has contributed to lower production costs and higher quality. From 1970 onwards, the addition of nitrogen and the lowering of carbon content improved corrosion resistance and high temperature stability of the duplex structure, e.g. the HAZ, by stabilizing the austenite. Development of new steels inevitably brings new problems in manufacturing and joining. This is particularly true for welding where the desired material properties, carefully produced by the steel maker, can be radically changed by a process that locally melts and recasts part of the microstructure.

In the new generation of duplex stainless steels (higher nitrogen content), this effect reduces the problem of excess ferrite in the HAZ. There is definitely a continuing demand for increased productivity in welding, while maintaining the parent material properties. The last two decades have seen the introduction of the “super” stainless steels. Super- ferritic grades with very low interstitial levels and high chromium and molybdenum contents have superior corrosion resistance compared to standard ferritic grades. However, although these steels have found certain applications, their success has been limited.

The highly alloyed super-austenitic and superduplex stainless steels, with excellent corrosion resistance and better fabricability and weldability than the ferritic steels, have found a more widespread use and are today important engineering alloys. The hot workability and rolling experience was greatly improved, making possible the production of wide sheets and coils. 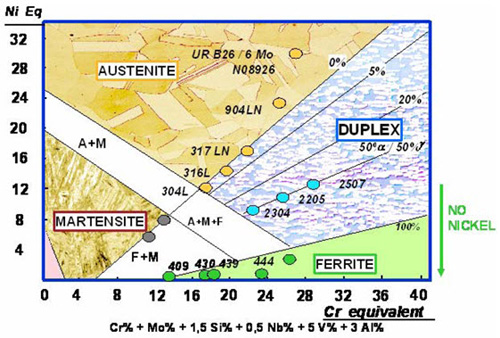 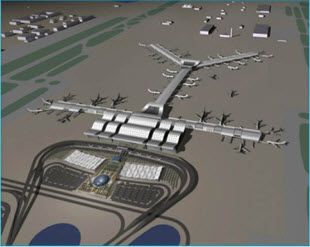 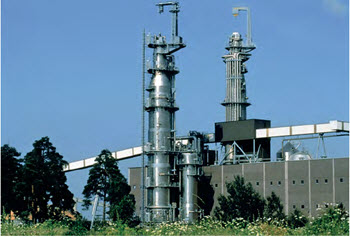 Figure 2: The roof of the new airport in Doha, Qatar, which will be the largest stainless steel roof in the world, is being constructed from ATI 2003™ lean duplex stainless steel