Grain refinement is a critical process for the continuous improvement of the material properties including the honing of mechanical properties such as formability and machinability through methodical adjustment of the microstructure.
Examples of commercial grain refiners used to refine A356 aluminum castings include Al-Ti-B and Al-Ti-C and in this article we can study their performance.

Aluminum alloys are the major lightweight metals used in various industries for applications ranging from automotive components to aerospace parts etc. It is a continuous improvement program in casting industries to improve the microstructure of casting in terms of reducing grain size and modification of eutectic phase so that its inherent mechanical properties of aluminum alloys castings can be enhanced.

This direction is becoming more important due to the increasing awareness of reducing greenhouse emissions by using lightweight materials in the automotive industries. Aluminum alloys have excellent strength to weight ratio compared with other conventional metals like steels and A356 is one of the most widely used aluminum alloys in many industrial applications because of its excellent castability, corrosion resistance and good mechanical properties. It has lower production cost, fast machining rate and good recyclability.

Typical commercial grain refiners used to refine A356 aluminum castings are Al-Ti-B and Al-Ti-C master alloys. The efficiency of these grain refiners can be easily undermined by the presence of elements like Zr and V. In recent years, yttrium has arisen as a promising element in superalloys for its ability to improve creep property and oxidation resistance of cast stainless steel.

Al-Ti-B refiners are TiB2 and Al3Ti particles in an aluminum matrix. Both TiB2 and Al3Ti have been shown to be potent inoculants that share orientation relationships with aluminum (Table 1).

While TiB2 is an efficient inoculant, the particles do require a limited undercooling to nucleate aluminum, which then again only occurs on their basal plane. Al3Ti removes the need for undercooling completely. The inoculation potency of Al3Ti has been suggested to be enhanced by the peritectic reaction (Figure 2). Al3Ti acts as a precursor for aluminum that nucleates and envelopes the Al3Ti- particle. The continued peritectic transformation of the particles require titanium to diffuse through the enveloping solid aluminum and the transformation is hence halted. Continued growth commences when the growth temperature is reached. 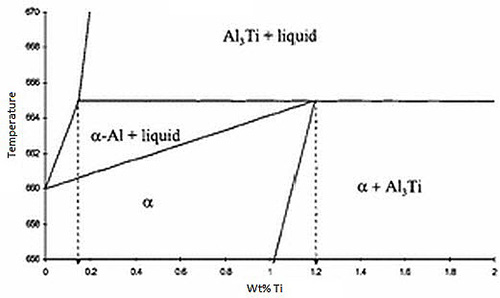 Figure 2: The aluminum rich part of the aluminum-titanium binary system. The peritectic reaction has been suggested to enhance the inoculation potency of the intermetallic Al3Ti. However, most compositions are far below the peritectic composition and Al3Ti added by the grain refiner master alloy will dissolve.

Most compositions are hypo-peritectic. That means that Al3Ti will dissolve. The apparent limited inoculation potency of TiB2 and instability of Al3Ti have led to several suggestions for a combined mechanism. Three hypotheses are presented in Figure 3.

Figure 3: Three suggestion for the combined action of TiB2 and Al3Ti. TiB2 is arguable not a good inoculant on its own. It is however, highly stable during the casting process. Al3Ti will dissolve in most commercial solutions because the total titanium level is too low. This has led to the above hypotheses. (Left) Cavities in TiB2 preserve Al3Ti. (Centre) A shell of stable TiB2 preserves Al3Ti. (Right) An adsorption layer of Al3Ti on the TiB2 surface. The latter is supported by TEM- investigation of AlTiB-grain refiners added to a glassy aluminum precursor. 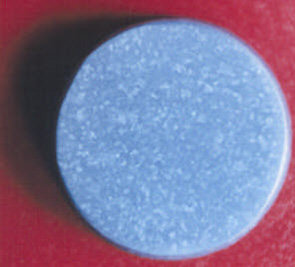 Figure 4: Macrostructure of Al–Si (356) alloy without any grain refiner 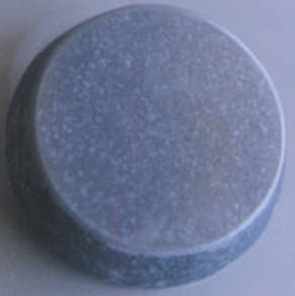 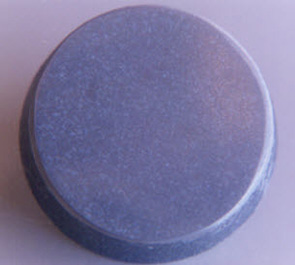 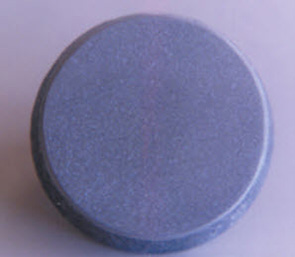