Zirconium alloys are principally used in highly corrosive environments like nuclear reactors which have very specific conditions connected to the fuel burn up cycles and water chemistry.
Although corrosion resistance in these materials is superior, with adequate mechanical properties, and low thermal neutron cross-section, they are still prone in such harsh conditions to lifespan limiting corrosive forces.

Corrosion is the principal life limiting degradation mechanism in nuclear steam supply systems, especially taking into account the trends to increase fuel burnup, thermal rate and cycle length. Over the past few years the demands on fuel and its zircaloy components have increased significantly; fuel burnup and dwell have increased and different water chemistry regimes have been, and continue to be, developed.

Corrosion of zirconium alloys is an electrochemically-driven process affected by the microstructure and microchemistry of the alloy surface, the nature of the oxide layer that forms, the temperature at the metal/oxide interface, the chemistry and thermohydraulics of the corroding water, the effects of irradiation and the effects of time.

On the other hand zirconium alloys are widely used for pressure tubes, fuel channels (boxes), and fuel spacer grids in almost all water-cooled reactors: light water reactors such as the pressurized water reactor (PWR) and the boiling water reactor (BWR) as well as the Canadian designed Canadian Deuterium Uranium (CANDU) heavy water reactor. Since its employment in the first commercial nuclear power plant (Shippingport) in the 1960s, Zircaloy, a zirconium–tin alloy, has shown satisfactory behavior during many decades.

However, degradation due to waterside corrosion can limit the in-reactor design life of the nuclear fuel. The critical phenomenon is the hydrogen ingress into the cladding during corrosion, which can cause cladding embrittlement. As utilities are striving to achieve higher fuel burnups, the nuclear industry has made several efforts to understand the mechanisms of corrosion and to mitigate its effects.

Corrosion of zirconium alloys in an aqueous environment is principally related to the oxidation of the zirconium by the oxygen in the coolant, dissolved or produced by radiolysis of water. A small amount of oxygen can be dissolved in the metal, but once the thermodynamic solubility limit is exceeded, ZrO2 is formed on the metal. (All zirconium components normally have a thin oxide film (2–5nm) on their surface in their as-fabricated state.) The oxide formed is protective, thus limiting the access of oxidizing species to the bare metal. Much evidence exists to indicate that Zr oxidation occurs by inward migration of oxygen ions through the oxide layer, either through grain boundaries or through the bulk.

These processes are necessarily coupled to maintain electroneutrality. Electron transport is, however, difficult in zirconium dioxide, as it is an electrical insulator when undoped. Although this is not positively confirmed, it is likely that the role of doping elements in the determination of corrosion kinetics is done through their influence on the electron or oxygen transport in the oxide layer. Several types of corrosion morphologies have been observed in nuclear reactors and in autoclave experiments, of which the most important are 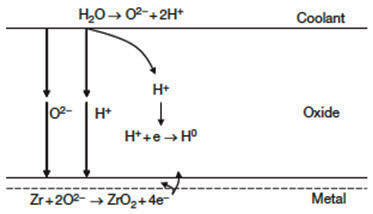 Figure 1: Schematic presentation of the corrosion of the zirconium alloys 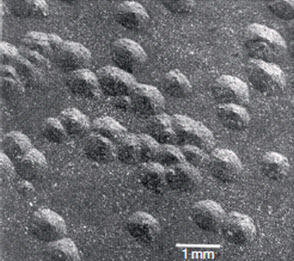 Figure 4: Zirconium oxides near (b) and away from (a) a stainless steel control blade bundle, showing the effect of shadow corrosion