Titanium and its alloys are well known for their high-strength and corrosion resistant properties but one distinct disadvantage is the challenges associated with bonding them with other materials. Brazing could provide a solution to these challenges since only the filler material is melted in the process therefore aiding dissimilar material bonding due to little or no effect on the two main subject materials.

The major disadvantages of this metal are high cost and difficulty in bonding with other materials. Among methods of its cost reduction is joining of titanium to steel. Existing literature reveals that diffusion welding has been used successfully to join titanium to steel alloys. The difficulty of bonded titanium with other metals could be relieved by using brazing techniques. Brazing is beneficial because it involves the melting of the filler material only, thus eliminating problems that occur when fusing dissimilar metals. Moreover, brazing enables to join many dissimilar metals without severe distortion, so that this process has been widely used for these applications.

The development of titanium brazing began in early 1950s in an effort to reduce the weight of the launch vehicles and aircraft structures. To date, over 100 brazing filler metals (BFM) have been developed and tested in response to the industrial needs. The main emphasis of this activity was to improve strength and corrosion resistance of titanium-to-titanium and titanium-to-dissimilar metals brazed joints, particularly titanium-to-stainless steel.

The nature of titanium alloys (base metals) determines important temperature/time limits of brazing thermal cycles. These limits are caused by undesirable changes in the microstructure and properties of both the base metal and the joint:
• due to beta-transus, i.e., the critical temperature of the α ↔ β phase transformation, and
• due to the formation of brittle intermetallics at the interface between the base metal and brazed joint.

The limitation of brazing temperatures by the beta-transus temperature is especially important for thin-wall structures usually used in the Aerospace applications. Undesirable structural changes in the thin-wall base metal may cause a drastic decrease of mechanical properties and reliability of the entire titanium article.

Although there are many variants, only vacuum brazing has significant application for titanium due to the requirement to protect the base metal from oxidation. However, development work has been performed in the use of silver chloride-lithium fluoride fluxes and TIG Brazing has proven successful in some applications. Silver alloy brazes were the first to be applied to titanium and commercially pure silver, silver alloys with copper and manganese, and silver copper alloys with zinc and tin have all shown some success. Although joints tend to have good ductility, strength is poor at elevated temperatures and corrosion resistance is poor in chloride containing environments.

However, the silver alloy braze metals have liquidus temperature below the beta transus of alloys such as Ti-6Al-4V, thus the brazing cycle will have little or no effect on the base metal microstructure and properties. The use of aluminum-silicon fillers also enables low temperature brazing to be performed, with the added benefit of decreased weight. It is crucial, however, to maintain as short a braze cycle as possible to minimize the formation of brittle intermetallics. 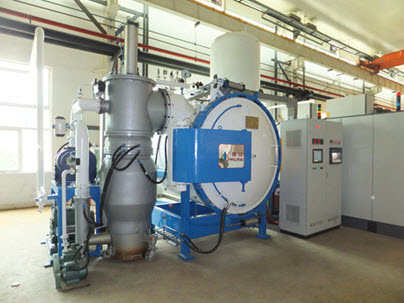 2. Shapiro E.A., Flom A. Y.: Brazing of titanium at temperatures below 800°C: review and prospective applications, Visited May 2013;