Microalloy (MA) or High Strength Low Alloy (HSLA) steels constitute an important category of steels estimated to be around 12% of total world steel production.
HSLA steel typically contains 0.07 to 0.12% carbon, up to 2% manganese and small additions of niobium, vanadium and titanium (usually max. 0.1%) in various combinations.

Microalloy (MA) or High Strength Low Alloy (HSLA) steels constitute an important category of steels estimated to be around 12% of total world steel production. They are used in every major steel market sector in many parts of the world and their development has played an important role in the expansion of certain key industries such as oil and gas extraction, construction, and transportation. Definitions for alloy, low alloy and microalloy steels are given in Table 1.

High strength low alloy (HSLA) steels have been developed since the 1960s originally for large diameter oil and gas pipelines. The requirement was high strength as compared to mild carbon steel, combined with improved toughness and good weldability.

HSLA steel typically contains 0.07 to 0.12% carbon, up to 2% manganese and small additions of niobium, vanadium and titanium (usually max. 0.1%) in various combinations. The material is preferably produced by a thermomechanical rolling process, which maximizes grain refinement as a basis for improved mechanical properties.

Molybdenum has played an important role in the initial development. The addition of 0.1-0.2% molybdenum produces a fine grain structure of acicular ferrite and substantially enhances the precipitation hardening effects achieved with the other alloying elements.

Consequently, an estimated 2 million tons of Mo containing HSLA steels for pipelines have been produced worldwide during the 1970s, within the following percent range of chemical compositions:

Complete dissolution of carbonitride precipitates occurs at 1140°C in a temperature interval between 1100 – 1200°C. Illustrations showing dissolution of NbC, TiC and Vn precipitates can be seen in Figure 1 where individual isotherms show dissolubility of precipitates for different carbon content in HSLA steels.

HSLA can be found in these applications:

In Russia for example, very impressive constructions are made from the newly developed construction steels and in total more than 450,000 tonnes of this high strength, high toughness steel have been used for bridges. New bridges have been built over several rivers including; the Ob in the city of Sirgut (Figure 2), the Kama in Perm, the Don in Rostov-on-Don, the Volga in Saratov and Volgograd, the Voronesh in Voronesh, the Oka in Kashira and the Moscow Canal in Dmitrov. Bridge constructions also include road bridges, such as the Third Inner Ring in Moscow, (Figure 3). 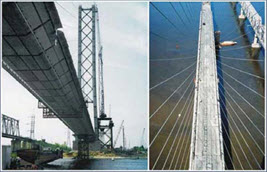 Figure 2: The bridge over the Ob river in Surgut city 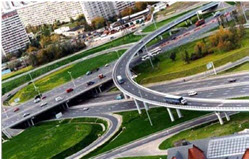 Figure 3: The bridge structures at the Moscow Ring Road