ARB is a cutting edge technique which is not yet widely commercially employed with can be applied to gain significant improvements in properties through a refined grain structure.
The rolling procedure itself applies severe plastic deformation to a material and then through a layered approach and repeated rolling creates a finished product with highly advantageous property profiles.

Accumulative Roll Bonding (ARB) is an experimental severe plastic deformation (SPD) rolling procedure, which is not employed yet as an industrial metal working process. It is aimed at refining the grain structure of suitable metal alloys and, therefore, increasing its yield strength. It is very well known that the flow stress of a polycrystalline metal is directly related to the grain size or, more generally, to any microstructural feature describing the mean distance between dislocation obstacle (grain boundaries, high angle cell boundaries, precipitates). In comparison with other standard rolling procedures, ARB allows a higher degree of deformation.

The process consists in rolling, after heating at a suitable temperature, two overlapped sheets to a given thickness reduction ratio (50% for instance). At the suitable ARB conditions (i.e. temperature and rolling speed) a bonding interface forms between sheets during the deformation process, due to both a temperature and plastic strain effect. The product of the first rolling cycle is cut in two similar sheets which are again overlapped and rolled again by the same procedure as the first rolling cycle.

Accumulative roll bonding is a relatively new severe plastic deformation (SPD) process, which was originally introduced and developed by Saito et al. in 1998. The ARB process shown in Figure 1 involves wire brushing of metal sheet surfaces in order to remove the oxide layer, stacking of two sheets on top of each other and roll bonding them together. The two sheets are generally rolled to 50 % thickness reduction and therefore leave the rolls with the original sheet thickness. During rolling the two metal sheets join together to form a solid body and can once again be halved, wire brushed and roll bonded. The process can be repeated a many number of times. In most cases, the process is repeated up to 10 times. 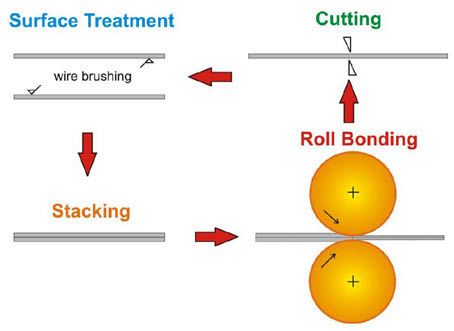 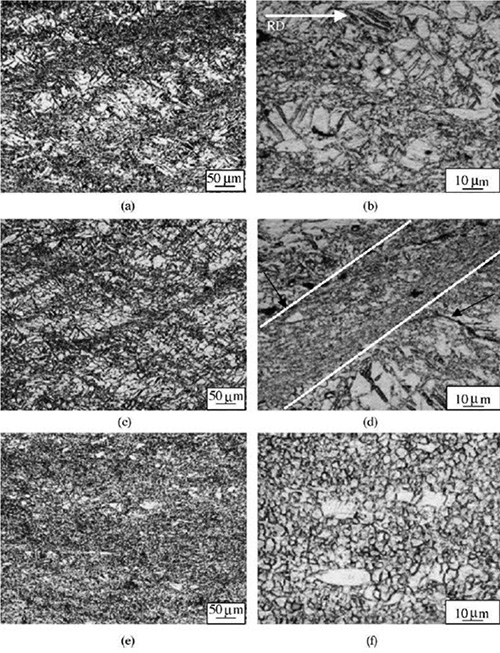 Figure 2: Microstructural evolution of the AZ61 alloy after accumulative roll bonding at 400°C

The following conclusions can be drawn from this study:
1. ARB does produce a dramatic grain size refinement. Grain sizes on the submicron range can be obtained after only 1 ARB pass with 66% thickness reductions. Lower temperatures favor the appearance of smaller grain sizes. Larger reductions per pass result in increasingly homogeneous microstructures.
2. The degree of bonding achieved between the different roll bonded layers only amounted to about 50% under the most favorable processing conditions.